The end of a Joomla Project

It's been a while since i wrote anything on this page. Wow, just hit me and i checked, not blogged here in almost a year! And when I do it's to blog about a Joomla project.

Well, that's what happens when you're having fun. Or rather, when you've got your plate full with work and stuff. I do blog from time to time, mostly on my personal blog, about all sorts of things. Suffice to say I've not had anything particular to say about technical or web related things. Well not true, got a lot to say really, it's more been about time and energy. And priorities, so there we have it. 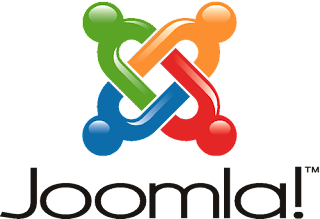 The end of a 5 year Joomla project

Yes, 5 years ago and after a bit of research i chose Joomla and Virtuemart for some friends. Partially because I had previous experience with Joomla dating back to almost it's origin. Since 2002 my friends had been using a Norwegian CMS called eZPublish. Nowadays it exists in the form of an enterprise solution. Amazing to think that the setup lasted that long.

That choice might also have been sensible for more than one reason. eZPublish was well written and coded, and during those 10  years in operation we never had one issue related to security.

During that period Joomla underwent several transformations, and also rid itself from a quite nasty reputation. The truth is, there was nothing particularly wrong with the concept. But flimsy updates and ever worse, corrupted or infected modules and add-ons didn't help. Nor did the fact of tens of thousands of non-updated Joomla sites, exposed for attacks, and used for primitive gains and sinister infiltration.

Joomla - much better than its reputation

Yeah, it is. Especially if you want too do eCommerce or run a webshop. Especially if you have the patience to learn how to use it. BUT, the admin interface is what I think would make it seem hopelessly outdated to many who've been in touch with Wordpress, or Drupal. Just a note on the latter, if you install the Excellent Adminimal theme in Drupal I think your perception of it's capabilities and organization will change radically.

Actually, the same is true for Joomla. A quick install of another admin theme and the perception of it's somewhat quirky construction may quickly change. I never did that with the one production install I did. Probably because at the time it wasn't really a topic. The owners of the site learned how to use the few functions they needed in Virtuemart. And that was that.

Will I use it again?

it depends, on the project, the people or organization, the culture. And not the least, the perception of the end user(s). Back "in the day" there weren't many alternatives to eZPublish and Joomla. Then along came Drupal, by the way it wasn't really a competitor to Joomla in the beginning. And of course, now you've got Wordpress, more or less dominating the CMS market, together with Drupal. I work with both and try not to be too judgmental. The same way I might return to Joomla again. We'll see.

In the meantime, an era is over, for me and the owners. I don't know how many thousands of transactions successfully went through it but at peak they had over 2000 products in it.. It worked flawlessly. The only or most tricky part during those years was an upgrade from 2.x to 3.x. That was absolutely not a cakewalk. However, some days piloting, lots of research, some trial and error, we got that done too.

I must also add, if you choose Joomla and Virtuemart, like with Wordpress and Drupal, know that you have a very strong, competent, willing to share and help community. There are thousands upon thousands of excellent plugins or modules to get. Some you will be smart to spend a few bucks on.

So there you have it. I am glad for the experience with this Joomla project and all others, there's been a few. All in all the user experience have taught me a lot about running CMS I still lean on when working on other platforms.

Oh before I "go", or divert my attention to something else, it won't be a year till next time I manage to scramble together some words here...er... I think.